For the last few years, failure has been a big topic in academic circles–here’s a definitional example by Brian Croxall and Quinn Warnick source. The topic of failure as an outcome to be discussed, or even theorized about, has long been one that academics, and academic institutions, circled around but never really openly acknowledged. Sure, students failed, instructors failed, institutions failed, but that was all part of the process of learning. With the emergence of spaces such as hackerspaces and makerlabs, where people “prototype” rather than necessarily complete, or even work toward a particular end goal, discussions concerning the value of–and possible approaches to–failure has taken on renewed resonance. All this to say, that recently in the HackerSpace, we’ve been very busy failing; and that’s awesome. 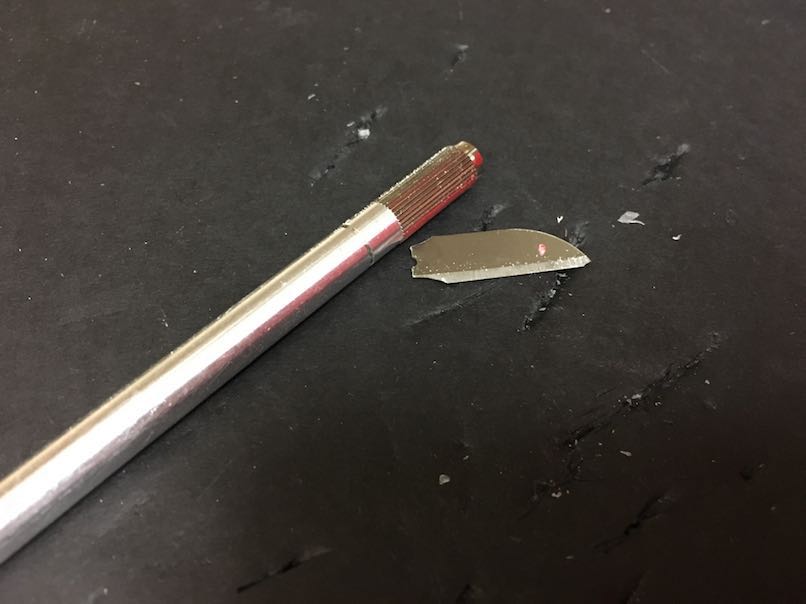 The first thing we’ve failed at is getting our minimum viable arcade machine to work consistently with the controller we have for it. Getting the Raspberry Pi up and working was easy, getting standard game controller to work, kind of easy; hooking everything up and playing a few games: straightforward. Figuring out how to connect all these components together to a custom game controller with complicated drivers and structures: harder. Getting the project to a completed state: total fail.

It’s interesting to think about failure by parsing it out in time as I did above. In other words, where did we fail, exactly? Are we not seeing our failure? Did we fail when we thought we were successful? Maybe we should have started with the complicated game controller? Or done things in a different order? Or find more expertise before we started? Asked more loudly for help? Or, maybe we’re failing exactly when we should be failing and we’ll soon recover, seeing things through in the end. What this parsed outlook on failure teaches me, and the research assistants working on the project with me, is that failure isn’t a result; it’s part of a process. And, failing is an essential part of learning the most efficient way forward and learning to think critically about success. 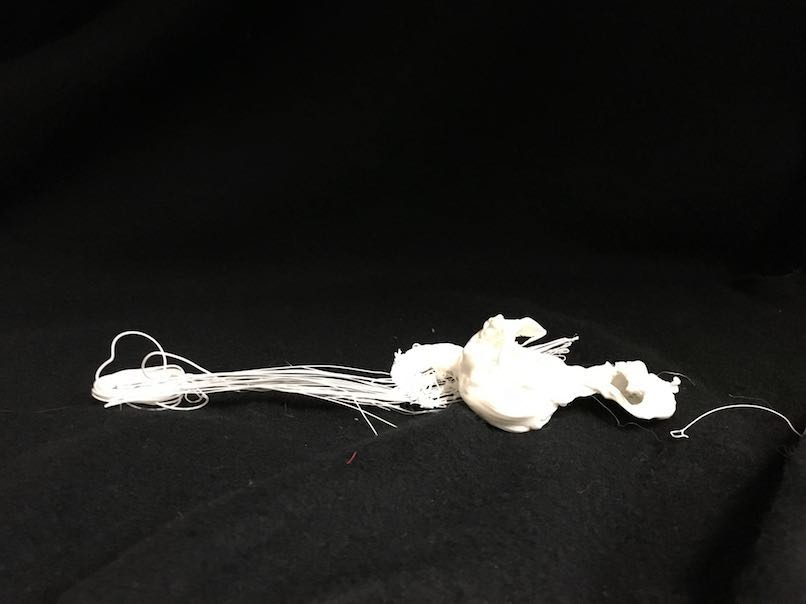 A 3D print gone wrong--can't even say what happened to the printer.

Some would argue that failure is nowhere more connected to day-to-day operations than it is with technology–that saviour of time, that paean of convenience. Think of all the “fails” you’ve encountered operating your phone, your tablet, the elevator, your car, your computer, working the parking metre–failure is everywhere in tech, despite the optimism connected to emerging technology itself. How we often hack our way through failures with tech because we want to believe it will help us be successful.

A failure bird's nest. It should like a ceremonial Indigenous pot.

The impetus for hacking is that there is no obvious way forward. So one hacks. Thinking about failure in this way is insightful in that it allows me to better think about how failure manifests itself in my classroom and how I can shift expectations in the classroom to be more accommodating to failure as process rather than outcome (teaching students to check and see whether they are “plugged in to the wall”; a metaphoric first step in any tech fail). Maybe I need to have a class on failure… where the purpose of the class is to teach student how to fail by encouraging failure as process not assessment. All this raises an interesting question to pursue: where do I teach failure when I think I am teaching success?

The HackerSpace is an ideal space in which to work through some of these issues around failure and teaching failure. With nothing at stake in terms of grades, and by seeing failure as a sign of positive outcomes (or simply advancement–we’ve done something after all), the hakerspace takes the heat off working through a problem and models the enlightenment that comes from failure. 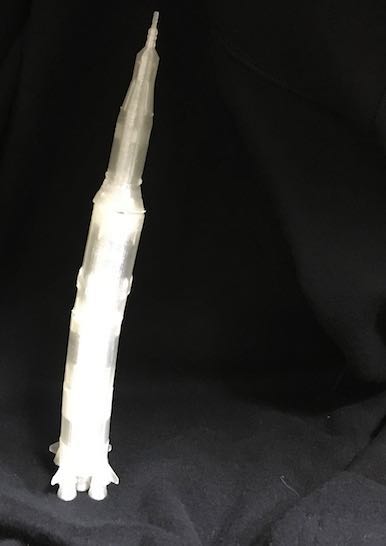 Finally, there’s the beauty of the glitch. Note the picture of our 3D-printed Saturn V rocket ship. It warped on the printer bed and never came together as it should have. BUT! I think the crooked assemblage makes the rocket look like it is in motion, bending with the extremes of velocity, and gravity’s pull, as it escapes Earth’s atmosphere–it’s a metaphor for bending the possibilities of human achievement; an example of human ingenuity’s power–our triumph over the laws of physics that keep us shackled–the uncanny imagination that keeps us bending our certainties.

Or, it’s just a failure.