For the past couple of weeks, I have been working with Twine to develop a way of conveying the interconnectedness of terms for literary–or textual–analysis. One of the persistent issues I have when teaching literary terms–or any terms we might use for critical analysis–is that students avoid learning the terms through their connections to each other. There is a tendency to learn the terms individually in isolation rather than as another facet of a more global approach. In other words, students are quick to understand a term such as character and its definitions, but have a harder time understanding how character might also work as a symbol, setting, or metaphor. At the same time, they have a difficult time grasping how elements of syntax, diction, and other cues of representation, impact how we might understand or receive a character. Finally, fitting all these terms into a catch-all category such as “modes of cultural production” becomes nearly impossible. These issues arise consistently, irrespective of the term.

I initially thought that Twine might help me interpret a poem or some other text using some literary terms as branches. I would isolate particular passages, linking them and allowing students to follow that branch–or path–where I might exemplify, contextualize, and apply the relevant literary term. While this approach worked well enough, it quickly became unwieldy–it was hard to stay on point and not make the paths students might follow too convoluted. The storyboard became a tangled string instead of an interconnected web. At the same time, the exercise became more about the interpretation of the text–“Casey at the Bat” in this case–and less about the meaning of the terms involved or the application of those terms. It was also difficult for students to back out of a branch and regroup–things descended too quickly into the rabbit-hole. 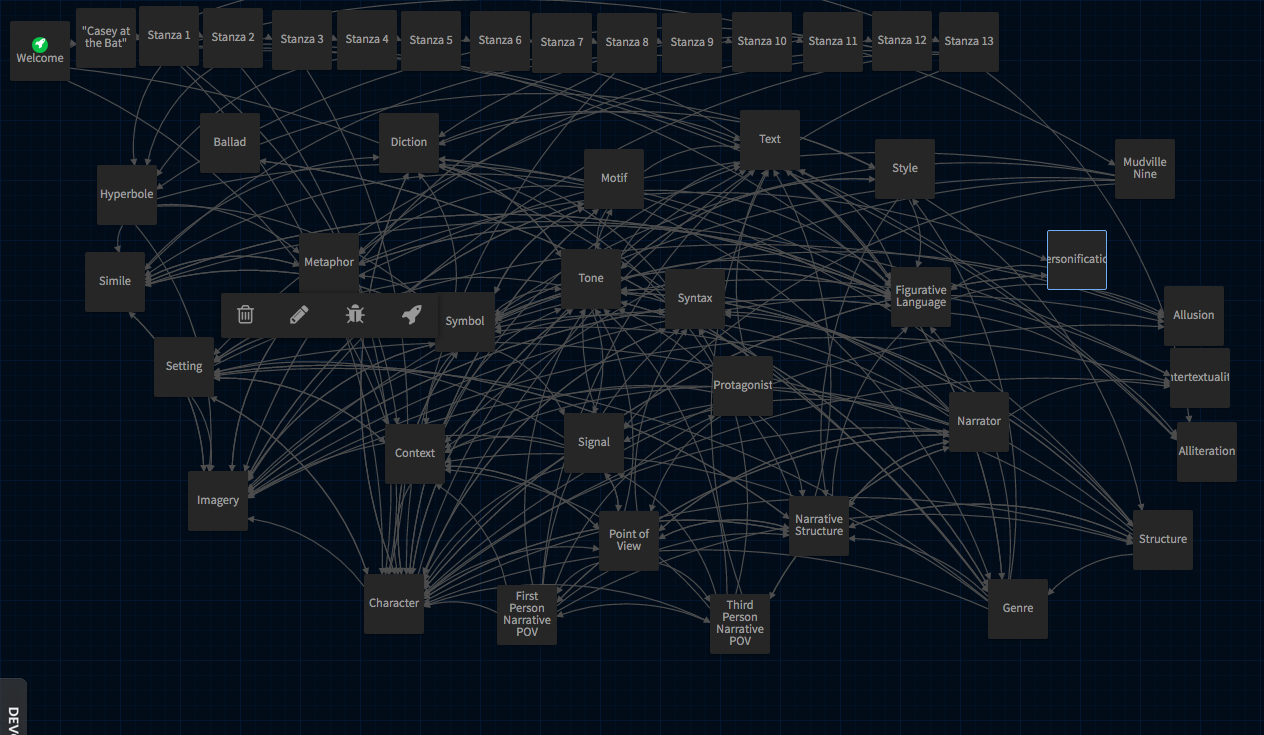 Right at the beginning it was clear that "Casey at the Bat" had a few too many interpretive connections.

After deciding to separate the literary terms from a particular application other than showing their internconnection, things made more sense. I complied a “master list” of the terms I commonly used and then started to connect those terms together in the corresponding definitional passages for each term. The potential for Twine as a tool really took off at this point. As students run through the literary terms, they can either move back and forth between individual terms or navigate their way through them as a kind of branched story, encountering each one as a sub-set of another term. 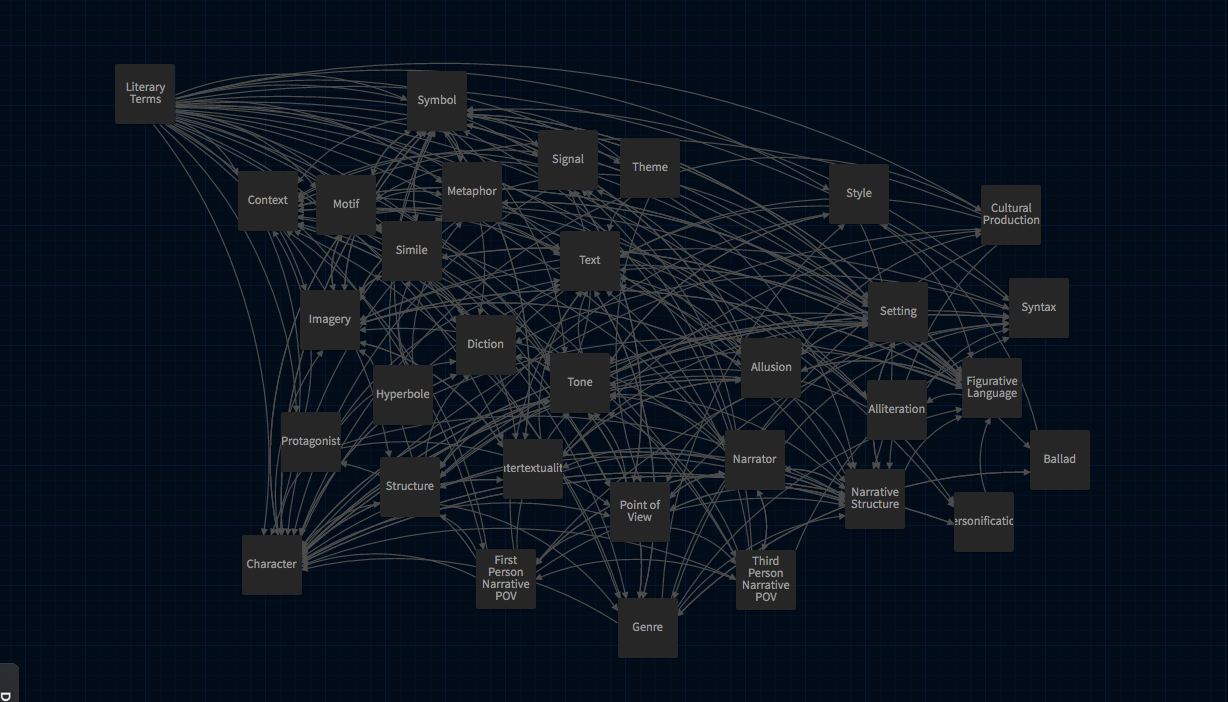 More straightforward, with the terms all interrelated and web-like.

The resulting branched narrative through the literary terms gives students a better sense of the relationships between elements of textual analysis or critical interpetation. As well, I think it also allows them to learn the terms as interconnected elements rather than isolated definitions making the application–or critique–more apparent.

The result of this work with Twine is really a simple, hyper-linked, anchored, webpage. However, it also has me thinking back to that programmer command to do “the simplest thing that could possibly work” and how getting back to that principle often yields a simple, but effectively specific, tool for helping illustrate complexities.